The Properties Of Aluminium 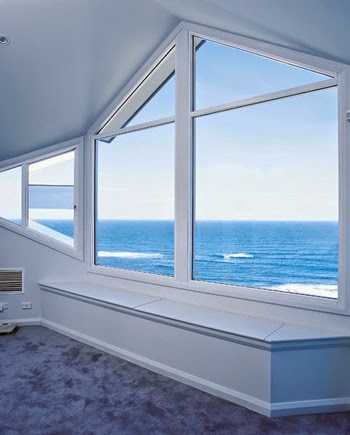 Aluminium, a chemical element in the Boron group, is the third most abundant element on the earth and the most abundant metal in the earth's crust. It is a strong, easily malleable metal element with a low density (meaning it is lightweight), is resistant to corrosion and is a good conductor of heat and electricity. As a result of these properties it is used extensively as a structural material in buildings, aircraft and other lightweight vehicles as well as other applications that take advantage of its heat and electricity conductivity. Following are some of the main properties of aluminium and the advantages they provide.

Aluminium is about one third the density of steel, and thus much lighter, while still having high tensile strength. Aluminium is typically alloyed with other metals (in the range of a few percent to weight) to improve its mechanical properties. Typical alloying agents are zinc, magnesium and silicon. One of the primary advantages of aluminium is that it does not become brittle at low temperatures, in fact its strength increases. At high temperatures (over 100 degrees Celsius), however, aluminium becomes significantly weaker.

Aluminium is best known for its weight to strength ratio. While it is not the strongest metal, its low weight means that is provides fuel efficiency in boats and cars and is invaluable in planes since they are extremely sensitive to the weight/energy ratio required to achieve flight. The metal also has the ability to absorb almost three times as much energy as steel when force is applied before being permanently damaged.

Aluminium is the second most malleable and sixth most ductile of metals. It has these properties because of its isotropic polycrystalline structure; that is, the crystals that form it line up and interlock in all directions. Because of this it is easily machined, cast, drawn and extruded. Aluminium can be easily worked using standard machining methods such as milling, cutting, drilling, bending and so on.

Malleability refers to the ability of the metal to be deformed when compressed without cracking or breaking while ductility means that it can be deformed without fracturing under tensile forces.

Because of these properties, it can be machined or extruded in a wide variety of ways without using a great deal of energy and enables the easy production of strips and foils, as well as other specialized shapes and forms, for a wide range of applications.

One of the most advantageous properties of aluminium is that it is extremely resistant to corrosion. While it is highly reactive, it naturally forms a thin oxide layer on its surface that prevents further oxidization of the metal itself. This oxide is impermeable and adheres strongly to the aluminium's surface and is highly dense. In addition, when damaged it repairs itself quickly to form an unbroken surface once more. It can also be anodised which increases the thickness of the oxide layer to provide additional protection against corrosion.

Because of this, buildings constructed from aluminium are almost maintenance free if care is taken to isolate the points where the metal comes into contact with other metals that may hasten the corrosion process.

Aluminium is a good thermal and electrical conductor (it has about 60% of the conductivity of copper while having 30% of copper's density). Because of this it is often used for the transmission of electricity in high voltage power lines. In fact it is almost exclusively used for large scale power distribution for overhead transmission lines and busbars. Its thermal conductivity means that it is often used as a heat sink to dissipate heat (for example, from computer CPUs). It has also found applications in cookware because of this (and the fact that it is inert and poses no health risks).

It is also a good reflector of visible light, particularly when it is polished to a high sheen. It has a reflectivity of 71% unpolished and 97% when polished. As a result it has been argued that it is the most reflective material known and is used extensively in the production of light fittings for this reason.

Aluminium has the property of screening electromagnetic radiation and tightly sealed structures made from the metal can exclude this radiation almost completely. It is also a non-magnetic metal and can be used to protect against magnet-based x-ray devices.

Aluminium is easily recyclable and is highly economic. It is theoretically possible to achieve 100% reclamation with no loss in properties of the metal. It has been calculated that recycling involves an energy cost of only 5% of that required to produce the same quantity of the metal from its ore. The best example of this is in drink and food cans which are made from up to 50% of recycled aluminium in Europe and the US. For more information click here